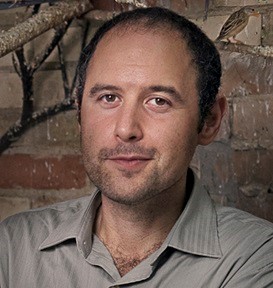 Jack Breakfast is a Toronto-born musician and recording artist whose output has been often described as “lyrical waltz-rock with a slight wobble.

From 2001 to 2009 he recorded and released three albums, and performed live with regularity and gusto. He is a proficient multi-instrumentalist and plays all the instruments on his recordings. He has a wondrously kooky sense of arrangement and composition that feels simultaneously familiar and unique. In 2013, he was featured prominently in Alan Zweig’s documentary 15 Reasons to Live. In spring of 2017, he released a new song cycle called “Small Birdsongs for ________. ”