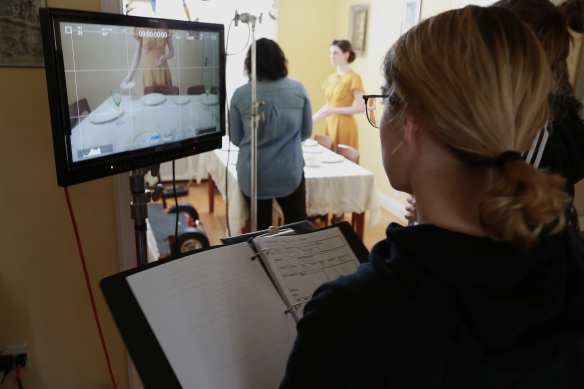 Laura Bower has been editing professionally since 2015, getting her start on the Emmy Award winning children’s series, Odd Squad, created by Tim McKeon and Adam Peltzman.

With a love for all genres, she has taken part in creating various television series, short films, and sketch comedies, and continues to expand her CV.

Laura was our script supervisor, editor, and colourist for The Riveters and her involvement in all stages of the production shows itself in the crisp cohesiveness of the final product.

We have also heard that she is part of a pretty hard rocking band, but that remains a rumor.